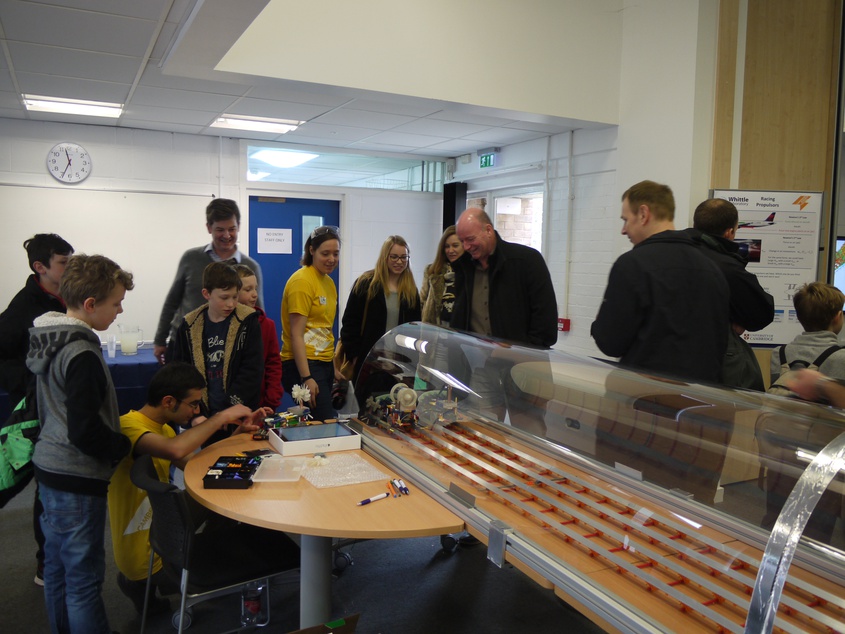 On the 19th March 2016 the Whittle Laboratory opened its doors to the public for the first time since it was opened in 1973, to show the work we do on jet-engines and gas turbines as part of the Cambridge Science Festival.

Some 600 people came from all over the UK to see exciting demonstrations of the work we do, as well as tours of the labs and a chance to see the many turbine test rigs we have.

Activities such as ‘aero-engine car racing’, live demos of a vortex cannon and compressor rig testing, had some people staying for over 3 hours! We had families with small children, teenagers, retired people as well as a number of people from the aero-engine industry attending. It would not have been possible without the extraordinary efforts of the 25 volunteers (admin staff, technicians, research staff, students and academics).

Come and visit the Laboratory and our facilities on our open days.